AK August was our month dedicated to the psychic supervixen AK Girl. Did you miss it? No worries, here are some highlights!

Feel free to look through, picking and choose the AK August videos you want to see (though you may want to save the quiz for last!)

What would you want to see in an AK Girl movie?

One of the most popular recent videos, this AK August video asks a question many people wonder- what is the deal with AK Girl and inflating on contact with caramel?

What AK Girl toys would you want to see?

Hayley Evenett provides the voice of AK Girl, and we have a few fab videos for her (also featuring Hollie Harrington-Ball as Wondervixen)

A mix of comics, stories artwork, animation, a rap battle and a balloon model!

A mix of tracks inspired by AK Girl- Covering everything from 90s dance tracks to cartoon theme tunes!

So you’ve been through all the videos. If you’re feeling confident, take the AK August quiz!

PLEASE RT #kofi New @kofi_button contest- If we hit $200, one lucky backer will receive @kofracoffee that we will post anywhere in the world. Help us support the fantastic team that make this comic happen! https://t.co/6BJfQzOSXn pic.twitter.com/YazVhFi8iU

Issues 2 and 3 are coming very soon (issue 3 art complete, issue 2 has a couple of pages to go at time of writing)

This comic is only possible thanks to the awesome people who contribute- the artists, crowdfunders and supporters! 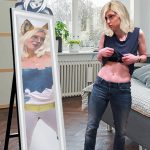 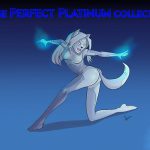 Special thanks to Jo and Jim Keeble from Visualise filling in when I needed it!