At the time of writing, shops have now reopened in England, as well as some open air pubs and restaurants. One thing I wanted to talk about is why buying local is important and supporting the small and independent businesses in your local area is important.

First of all, if you’re in Norwich you can buy Reynard City Chronicles from Canary Comics and Bookbugs and Dragontales (the latter also has digital copies available on their website). You can also get it in Beccles Books (based in…Beccles).

If you’re not based in Beccles or Norwich and want copies of the comic in your local shop, use the contact form below so we can talk about getting Reynard City Chronicles in your local area!

To see more of the comics check out the trailer playlist below!

Thanks to Minuteman Press Norwich for the print merchandise!

My Dad ran his own business from home, the trade counter being opposite our house. The company was called Priory Framing Supplies and sometimes I would go on deliveries, so I would see galleries and framing shops getting the supplies from my Dad. Therefore I got an early glimpse of why buying local was important. Often you’re not just supporting one business but the people that supply them as well.

This is why for the comic where possible I look to use local businesses and support them where I can. Aside from often being better quality, there is the advantage that if you have any issues then they often go the extra mile to address them.

As an example, the website you are currently looking at was produced by Visualise (https://visualisecreative.com/), a local website design company. They were part of a networking group called Norwich Kitty, rallying to help us when we brought comics out or had crowdfunders. The late Paul Rudd (RIP) who founded Norwich Kitty was very supportive and would often encourage people to see what we had to offer.

Speaking of support, Edward Couzens-Lake has been a long term sponsor. While he lives in Chichester, his local interest works on Norwich City and Norfolk are well worth checking out.

Another reason why I want to support people buying local is we have had a lot of support on the promotional side from businesses in Norwich as well. Since I’ve moved here, I’ve been grateful to them spreading the word, coming up with innovative ways to reach out to people who wouldn’t necessarily have bought Reynard City (or indeed comics in general)

Katie Harris from 140 Promotions is a great supporter for us, Karen Black from Hubfizz has been a great source of advice and support, while Caron Lemmer and Baobab Marketing helped organise our comic events ( Cocktails and Comics for issue 1 at the Gin Temple and Cupcakes and Comics at the Castle Quarter). Norfolk Tweetup has also been a great way to meet other businesses and most recently the Facebook group Norfolk Business Network has provided fun and interaction as well as more contacts in the local area.

Finally a special shoutout to Leigh Reeves from Morton Reeves estate agents, who sponsored the Cupcakes and Comics event and also got themselves a cameo appearance in Reynard City Chronicles issue 2 (art below by Joe Draco Petterson) 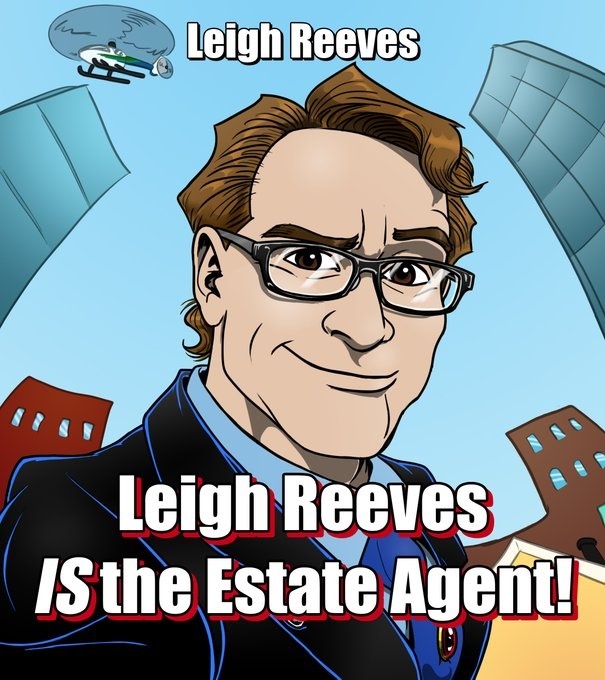 Buying local is not just about local businesses. One thing I love about Norwich is its creative vibe and there are a lot of fantastic folk who are worth checking out (and indeed many of them have worked with us and made our project even better!)

Hi there, I'm Sammy and I draw and make plushies! https://t.co/TDPAGrrWz0

I also have my portfolio and my art commission information on there!

Hayley Evenett is the voice of AK Girl but she is also a writer, producer and drama school teacher in addition to her acting skills.

Hollie Harrington-Ball voices Wondervixen and Perfect Platinum, while also working on a number of productions herself (including a couple of excellent Batman and Star Wars fan films).

Andrew James Deane is a recent addition to the voice acting team and like the others is an accomplished performer, while Simon Michael-Morgan has already made an impact with one video voicing Mega Fox (unsurprising given his range of work with Strange Fascination Theatre.)

RayeRayeChan did some fantastic cosplay as Wondervixen and great fan art for us, most recently she has her own gaming channel on Twitch, which is lots of fun and well worth checking out.

Speaking of gaming, a special shoutout to One Life Left, who did a charity stream raising money for local homelessness charity The Benjamin Foundation

£272 raised so far for @CharityTBF Gaming For Good, and still over 7 hours to go!

4pm The OLL Show
Ask us anything!

Also because they’re great in general, shoutout to local Youtubers Ashens and Did You Know Gaming?

Talking of creatives, we have benefited from some unique creative contributions from local crafty folk. A personal fave was the AK Girl balloon sculpture produced by Bishy Balloons

In addition to producing fantastic cupcakes for the Cupcakes and Comics event, Polly’s Pantries (aka Polly Guy) also made a special Reynard City cake, with the two layers based on AK Girl and Wondervixen’s costume design.

Saffire Artisan chocolates also had some fun, producing a Warp King inspired mystery flavour chocolate (and we did a little taste test at The Gin Temple to see if they could guess the flavour!)

A big thank you to That Cafe who (as well as supplying us with vegan cupcakes for the Cupcakes and Comics event) in lockdown they have been sending out brownies across the UK and we definitely took advantage so that we could say thank you to Patreon backers, artists as well as friends and family.

Finally a shoutout to Fat Fox Pizza Den who have kindly allowed local businesses to add promotional stickers to their pizza boxes. They will also be judging our fanart art contest, with the prize including your art being featured at their restaurant. Be sure to stop by Prince of Wales Road as they are open for takeaway!

Like we said at the start, buying local supports a wide range of businesses and we promise that if you support Reynard City, we will continue to do our utmost to support these awesome people!